How an AGM Car Battery works

An AGM battery includes innovative technology that offers up to two times the life of a standard flooded battery as well as superior performance over the life of the battery, to better meet the demands of Australia’s popular vehicles.

How an AGM battery works

AGM stands for “Absorbent Glass Mat” and its name is derived from its design: 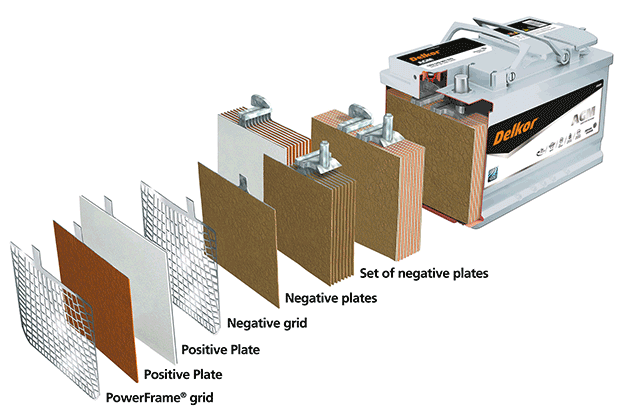 In a Delkor AGM battery, the sulfuric acid is absorbed within AGM separators and each separator holds and equally distributes the battery’s acid, ensuring constant contact between the absorbed electrolyte and our patented PowerFrame® grid technology. This generates reliable electrical output for superior performance.

Each cell of the battery is made up of positive and negative plates along with the AGM separator. These mats are tightly compressed to hold the paste on the plates which improves cycling, vibration resistance and extends battery life.

The Advantages of Choosing an AGM Battery